VIEW MOTORHOMES GET YOUR QUOTE

New Zealand lies in the southern part of the Pacific Ocean. Its nearest neighbour is Australia which is around 1,600 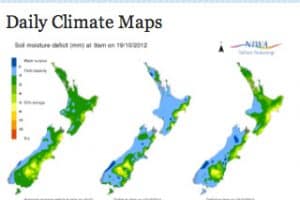 kilometres (995 miles) away. Two large islands called the North Island and South Islands are the main islands of New Zealand, but there are many surrounding smaller islands of which the combined land area is 268,000 sq. kilometres (103,500 sq. miles. New Zealand is about the same size as the UK or Japan.

New Zealand’s landscapes are spectacular and include the South Island’s Southern Alps which are bigger in area than the European Alps as well as glaciers, steep fiords and complex sounds. The North Island is volcanic and has every type of volcanic feature including a super volcano. Both islands have majestic lakes, lush rainforests, and high tussock plains.

New Zealand experiences four seasons. Summer starts in December and ends in February, although March is also a warm month. Winter lasts from June to August, but September and October can also be cold. New Zealand has a temperate climate and the climate is also maritime meaning that it is affected by the sea. This accounts for less extreme differences in temperature between seasons as you would otherwise find on continents, although there are two areas that are classified as continental which is the centre of each main island. New Zealand also has a large variety of micro-climates which are variations of the temperate climate. These variations are pronounced and the result of mountainous that run up the spine of both islands with westerly winds depositing moisture on the west of both islands leaving drier lands to the east. The north of New Zealand is frost free making it suitable for growing some tropical fruit while on the South Island, there exist large areas of perpetual snow and glaciers within the Southern Alps.

If you want to find out what the weather looks like right now in the Bay of Islands? Follow this link  ( Weather Bay of Islands). This will show live weather information from our weather station outside our Bay of Islands campervans office.

Ready to visit New Zealand next holiday? Get your Quote now. New Zealand is very popular and you have to book early in the year.

Our motorhomes are all self-contained, so shower, toilet and grey, black and freshwater tank. Perfect for freedom camping in New Zealand. This instruction video shows[...]

This model campervan we have for rent is called: Explorer.  Fully self-contained so perfect to explore New Zealand. Easy to drive and park so no[...]

Our Seeker motorhome in New Zealand

This is our ‘Seeker’ motorhome. the biggest one we have available for rent in New Zealand. Perfect for freedom camping. Solar so you never run out[...]

Safety Box in your Campervan

Safety Box in your Campervan Even though New Zealand is a safe country to travel to, you always need to be careful with personal belongings.  One of[...]

Freedom camping in the Lake District

Queenstown is the centre of the Lake District, a very popular place to visit on the South Island. Not only is it the[...]

Do I have to book the Cook Strait ferry

Almost everyone who visits New Zealand and travels North and South Island has this dilemma: Do I have to book the Cook Strait ferry… It[...]

The Bay of Islands Walkway

A ‘Full Circle Day Walk’ including two ferry crossings in the Bay of Islands You can start the walkway anywhere in Russell, Okiato, Opua or[...]